American Medical Center (AMC) opened its doors to the public on October 8, 2012. The center was founded by a visionary couple, Dr. Akeza Teame and his wife Mrs. Melat Abate. The couple returned to Ethiopia from the US after completing their studies. The name AMC was deliberately chosen to highlight the appreciation Melat and Dr. Akeza have for the quality, values and sense of professionalism they expereinced during their education, training and stay in the US. The center was established with a plan to address the growing demand for a high-end clinic that provides Western-standard healthcare services in a friendly, non-intimidating and patient-centered setting. The founders hope to instill similar professional caliber and ethical standards at AMC.

In January of 2018, AMC expanded its scope of services to meet the needs of its clients and started a 24 hrs/7 days a week inpatient admission services for both pediatrics and adult patients at AMC 1 Sunshine branch. In addition, AMC opened a 2nd outpatient clinic in January 2018 in the Bole area that specializes in internal medicine and pediatrics with well-equipped laboratory and diagnostic services. 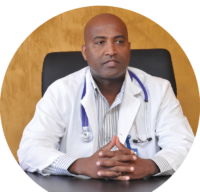 Dr. Akeza is board-certified in Internal Medicine and Infectious Diseases in the US and is licensed to practice medicine in the US. He is also one of the few panel physicians in Ethiopia chosen by the CDC and the American Embassy to conduct medical evaluation for the US Embassy visa applicants. Dr. Akeza is the cofounder of Saint Yared Hospital Holdings, P.L.C, Samaritan Surgical Center and Medical Director and cofounder of American Medical Center. Dr. Akeza is described by those who know him well as a visionary man who competes against on one else, but himself. His philosophy in life is to work hard, express his potential as much as possible, unload everything and leave this world as a light-weight when the time comes! He believes, “Family, love and being useful to others are the greatest accomplishments we all should aspire for. Everything else is secondary.” 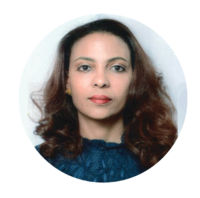 Melat Abate earned her Associates Degree of Art from Hesston College in 2001 and a Bachelors of Science from Lehman College (CUNY), in New York City, in Information Systems Managment in 2003. Upon graduation, Melat held her first professional job at the US Patent and Trademark Office (USPTO) as a Quality Assurance personnel. She then joined the American Red Cross (ARC) as a Technical Writer for about one year. In 2006, Melat joined Morgan Stanley, a renowned investment firm in New York. At Morgan Stanley, she worked in the Training and Communications Department, she was responsible for training newly hired as well existing employees, development of online training manuals as well new contents for various departments.

In 2008, Melat moved back to her birthplace, Ethiopia and cofounded the Saint Yared General Hospital, where she also served as a Chief Operations Officer for 6 years. She then took up on a new challenge, which is to establish the American Medical Center, which became the most sought after healthcare destination by the locals as well as the international community in Ethiopia.